I felt like a thief last night, creeping slowly back to the boat along the tow-path near Homerton. I had an accomplice – my father – staggering under the weight of it. I had a getaway vehicle – my father’s car – parked illegally in the driveway of a large office block nearby. I had potential mode of entrance and exit planned down to the fine detail of rule measurement of window frames. Our heist also had an object – but this time we were not plotting to remove something, ours was a reverse-raffifi – we wanted to put something back.

The armchair is diminutive in size. It has the same pin-cushioned look of red leather banquettes in pubs though it is saffron yellow in colour – which has greened a little over time. I associate with my time as an undergraduate, reading feverishly by my bed in Radcliffe Square. I have turned over hundreds of pages in its arms, and turned to it in countless moments of defeat, boredom, loneliness and contemplation. It is not the kind of chair you turn to when you are happy, it’s the kind of chair that I associate with moments of solitude and prolonged periods of hard work.

Above everything else, it has come down the family line. It was a favourite chair of my English grandmother’s when she still owned the house my father grew up in on Robin Hill. Those were the glory days I envied my father in my youth: of sailing, of hard work, of the war, of going to public school of being absolutely and archetypically English.

“I didn’t know,” my father once said to me sorrowfully. He had just returned from a concentration camp. “To think that while all this was going on, we were … playing tennis.” It is a lament that comes to us through History.

My father was brought up in a very particular way, in a way that was once described, strangely enough, as a ‘good’ upbringing. He was forbidden to speak to other boys in the village, except those of his own class. He was instructed how to sail a boat, he was expected to excel in sports at school. He experienced a dressing-down when he did his national service.

So it is one of the few things that belongs to me still which dates from that bygone era in my family history. For better or for worse. That chair. But aside from the lode of history, aside from its, by now, worn and impoverished state, it is a very comfortable chair, and the only armchair small enough to fit into the boat.

I had every reason to think that our night-time mission would fail. It was drizzling rain and dark. My father struggled with the weight of the armchair but refused to let me carry it myself. He had already measured the hatch door and windows and said that there was only a twenty per cent chance that it would work. But somehow my stubbornness won through. We’ll find a way to make it work, I assured him.

The chair had become a necessity to me. This was because we had removed the fibreglass insulation at the bottom of the boat which had once protected the pipes from freezing. When the boat flooded and the pipes burst because of air bubbles that had got in via the water pump, the insulation had become unworkable, wet and sponge-like. We threw it out. But now the floor of the boat which is below water level, was noticeably colder, especially as we just had bean bags to sit on. My dream was to sit up off the floor and read by my own fire, insulated by the air of the boat.

Gideon caught us up half-way along the drenched tow-path. He carried the armchair on his back like a primitive water-carrier. Dad returned to the car to re-park, so Gideon and I moved it to the boat alone. Gideon waited outside in the rain. I fumbled with keys and eventually got onto the boat. The lights wouldn’t come on. I had left the water pump on and run down the batteries it seemed (in the winter, our energy supply, mainly derived from our boat’s solar panels are far more paltry than in summer. We are lucky to have enough power to run three 12v lights in the evening without running our engine). So we had to move the armchair on the boat in the dark.

We tried the largest glass slide-window. No luck – we couldn’t get the wooden legs in. We tried the front hatch of the boat – no luck, we couldn’t get the back through. Exasperated I searched for a Philips screwdriver in the tool cupboard and tried to remove the legs, no chance. It was an old chair and its structure was totally solid.

“Is there anywhere else it could go in?” Gideon asked. We had already tried both the entrances I had measured with my father. I was about to say no when I suddenly had an idea: ‘What about the wooden shutter by the desk?’

This wooden shutter is an opening that we do not use much on the boat, due to cold weather. It is not big, but thankfully it was large enough to accommodate the width of the bottom of the armchair. It popped through perfectly, like a pip and I plopped it straight before the fire.

I whelped with happiness when I realised it would go through. Then Gideon came on board. We ran the engine, the lights came on again. Then we found dad and told him the good news. It had not been a wasted mission. Now Behemoth has somewhere to curl up at night and I have somewhere to toast muffins from.

– May it have a long and prosperous life! 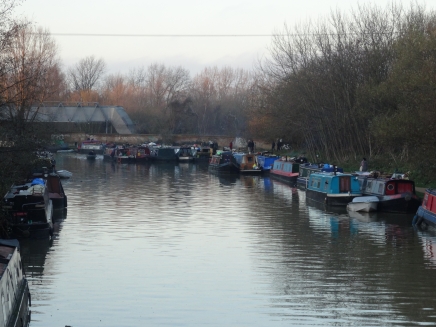 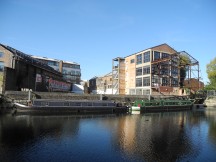 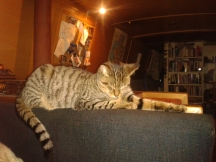 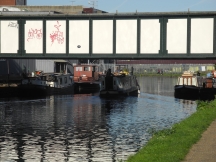 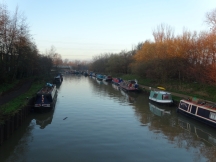 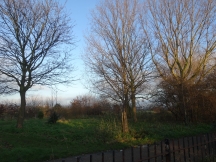 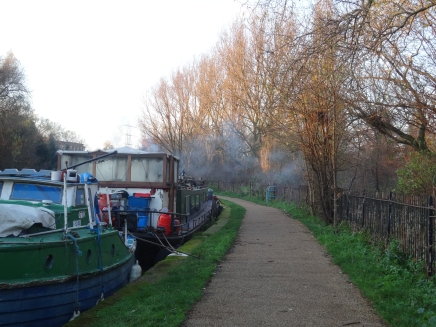 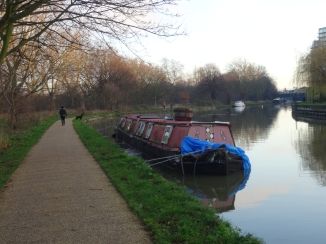